The workshops are carried out by a moderation team in Arabic / Kurdish and Farsi / Dari. Participation in the two-hour workshops is voluntary and is designed in a practical manner with playful elements such as: role play, pantomime, graphic representations, etc.

The implementation of the workshops by a woman and a man with their own migration history is particularly important to us. They are perceived as indentifiable figures which can be met in dialogue - in a language they feel comfortable participating in. The moderators can use humor and irony to report on their own experiences and facilitate joint reflection on (differences) cultural values.

The learning process is based on an active exchange in a protected space. The open dialogue in this context helps to break down prejudices, fears and orientation problems and opens doors to other ways of thinking and seeing. 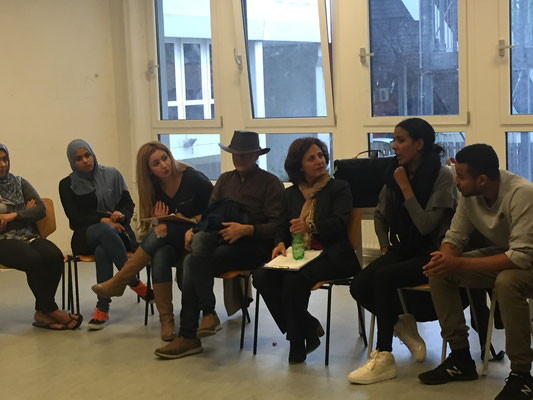 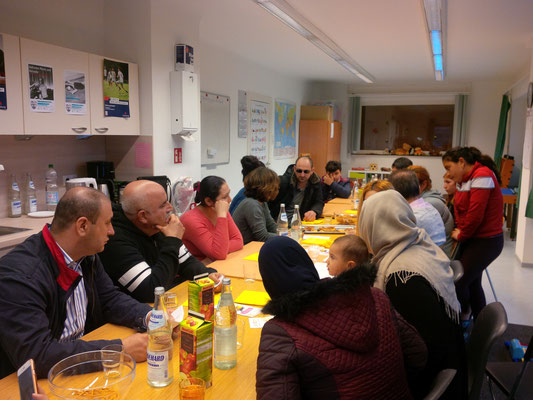 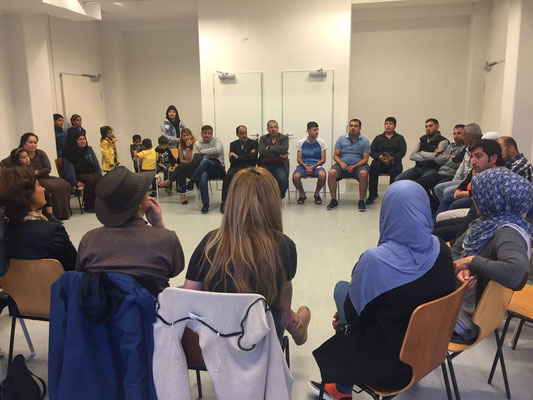 We have already gained a lot of experience in our 2017 pilot project. Since July 2017 we have visited 35 accommodations in Hamburg two to three times each.

For example, some of the participants are of the opinion that Germany has too much freedom. In the workshop it is explained that freedoms are connected with duties that one must adhere to.

You can express your opinion freely, but not offend other people. Among other things, there was talk about homosexuality and the moderator explained that although one can say that one cannot understand homosexuality, it is not allowed to downgrade and / or insult people because of their sexuality. Because human dignity is inviolable.

On the one hand, this is fascinating and new for the participants. On the other hand, they feel very comfortable with finally being respected as 'full-fledged': "We finally feel as human."

As a direct result of leaving countires plagued by dictatorships, many refugees have not learned to lead a self-determined life. They tell of corruption and that with enough money you can avoid punishment even for murder.

Equality between men and women is also a new concept for some. We motivate the men to help with household chores and to take part in raising children. We get consistently positive feedback from the women.

The residents of the accommodations will be informed and invited via a flyer about a week before the event. (Flyer in German, Farsi and Arabic only) 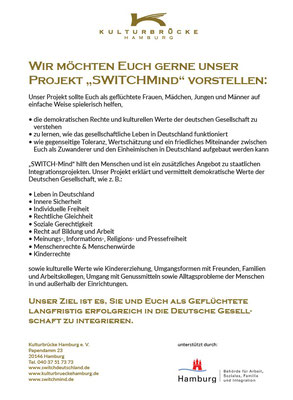 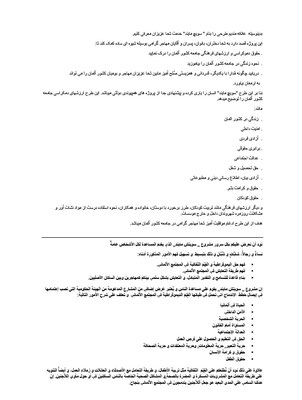